War on the Rocks recently published an article by Joshua Rovner on the academic divide between security studies and strategic studies. Adam Elkus wrote a follow-up article elaborating on the differences and identifying ways that the fields could find common ground.

Several people on Twitter and Facebook remarked that they were unaware that security studies and strategic studies were actually two different fields, which made me realise that this is more of a niche distinction than I had thought.

So this two-post series will provide a history of how security studies and strategic studies formed and became separate (and sometimes warring) fields.

This first post covers the period up to the 1950s, before the stark divide had developed.

To begin, we need to go back to before either security studies or strategic studies existed, and start with the discipline of international relations [IR]. Academic disciplines rarely arise from purely intellectual interest; instead they are influenced by wider political contexts and problems. The discipline of IR was established after the First World War, by scholars who sought to contribute intellectually to preventing global conflict, signified by the creation of Chatham House in the UK in 1920 and the Council on Foreign Relations in the US in 1921. As Fred Halliday notes:

Economics began as a reflection on problems of trade and the industrial revolution; sociology as a response to urbanization; political science in reaction to democratization and problems of governance; geography as a reflection on the rise of a world market and empire; psychology in response to a new awareness of mental illness. In the case of IR its academic origins lie in the response to World War One, as a reflection, mediate but engaged, on why the efforts of diplomats, lawyers, peace campaigners, industrialists, feminists, working-class leaders and the rest, were unable to stop the slaughter of 1914-18.

A particular intellectual approach, termed realism, gradually came to dominate the field. Initially the dominant theoretical approach was liberalism, strongly influenced by German philosopher Immanuel Kant’s ideals of international cooperation. However scholars who described themselves as realists challenged this approach, and emphasised international anarchy, the pursuit of power and the inevitability of conflict. A key realist text was E. H. Carr’s The Twenty Year Crisis, 1919-1939: An Introduction to the Study of International Relations, which was published on the outbreak of World War Two and seemingly validated by it. His 1946 preface to a republished version of the book accused the other theoretical approaches within IR of having “a glaring and dangerous defect… the almost total neglect of the factor of power”.

These aspects of the study of international relations – the desire to prevent global conflict, understand peace and war, and make sense of states’ competing pursuits of power – show that international security was a major focus of the discipline. But security was not initially considered a distinct field of study within the discipline, and there was no field of “security studies”. This only came about later, prompted by a largely separate academic development that occurred in the United States during this inter-war period.

In the United States in the 1930s, an informal network of Ivy League scholars (such as Princeton’s Edward Mead Earle) began to create a distinct field of security studies. However, their focus was less on long-term notions of international security and more on national security. This was partly because their backgrounds were mostly not in international relations but in other disciplines (often they were historians). However, it was also because the 1930s were a less optimistic time for the democracies than the 1920s, given the Great Depression and the growing strength of totalitarian powers like Nazi Germany and the Soviet Union.

The notion of national security, being a broader concept than military defence, provided a way to understand the danger posed by Hitler, whose military forces did not pose an immediate physical threat to America. The Roosevelt Administration and the foreign policy establishment, including these scholars, saw the need to go to war with Germany in the late 1930s but much of the public was reluctant. Edward Mead Earle believed that “the isolationist tendencies of the public would melt away when it was presented with a well-articulated national security policy.” As it happened, Germany’s ally Japan made the job much easier by bombing Pearl Harbour. This brought America directly into the war, and set the stage for a new international order. 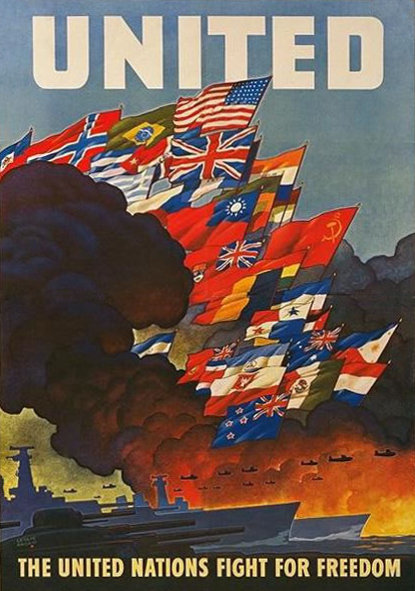 From this point on, the concept of national security became central to US policy:

World War II gave rise to the era of national security. This was an idea that would be institutionalized within American government and popularized in wider society. National security supplanted the more limited concept of “defense”. The disorder of the 1930s planted the seeds of an intellectual rediscovery of strategy as an intellectual discipline, and new weapons of greater range and lethality stoked fears in defense debate. Edward Mead Earle at the Institute for Advanced Study at Princeton, along with Arnold Wolfers and Nicholas Spykman at Yale, led the academic embrace of the concept. But only after the United States formally entered the war did national security become an organizing principle for a new, complex bureaucracy. This would culminate in the creation of the Unified Command Plan of 1946 that placed large parts of the globe under geographically based military commands, and the National Security Act of 1947, establishing the National Security Council and the Central Intelligence Agency.

This increasing government focus on national security helped security studies to grow. It’s worth noting that there was initially only limited interaction between the discipline of international relations and the emerging field of security studies, given the national focus and disciplinary diversity of the latter. Earle in particular felt that much of the more optimistic IR scholarship had become redundant after the League of Nations had failed to uphold its mandate. However, there was certainly some overlap, particularly after the Second World War. The newly dominant IR paradigm of realism sat well with security studies, and many security scholars did focus on “the study of the nature, causes, effects, and prevention of war”, which was a key component of the IR agenda.

The imperative for scholarly focus on strategy (specifically on military strategy) was outlined in 1949 by Yale scholar Bernard Brodie. He believed that strategy was “not receiving the scientific treatment it deserve[d] either in the armed services or, certainly, outside of them.” With two nuclear-armed superpowers facing off, security scholars feared the next global conflict would be apocalyptic, so a greater government and scholarly understanding of strategy was considered necessary to avoid catastrophe.

These scholars were also concerned that a long struggle against a fearsome enemy could lead to the militarisation of society, at odds with the United States’ domestic traditions. They believed that a strong core of civilian expertise in military affairs was needed to avoid civilian deference to the military (other than in the more operational and tactical questions that were more likely to be considered a purely military domain). Later civilian officials came to appreciate alternative sources of strategic advice, because of frustrations with some generals like Curtis “Bombs Away” LeMay.

The field expanded rapidly in the 1950s and 1960s, in the context of the American boom in higher education, as the government and private institutes like the Ford, Carnegie and Rockefeller foundations invested heavily in the social sciences. Like area studies, strategic studies benefited from the expectation that it would give the United States the edge in its competition for global influence with the Soviet Union.

Strategic studies at this time was effectively a component of security studies. Government support helped turn strategic studies into a field in its own right, and it’s future looked bright.

But this would change. After the Vietnam War, the close relationship with government would hinder the field’s acceptance within academia. Meanwhile the broader field of security studies would become much closer to the discipline of international relations and establish a secure position within academia.

These changes will be covered in the next post.